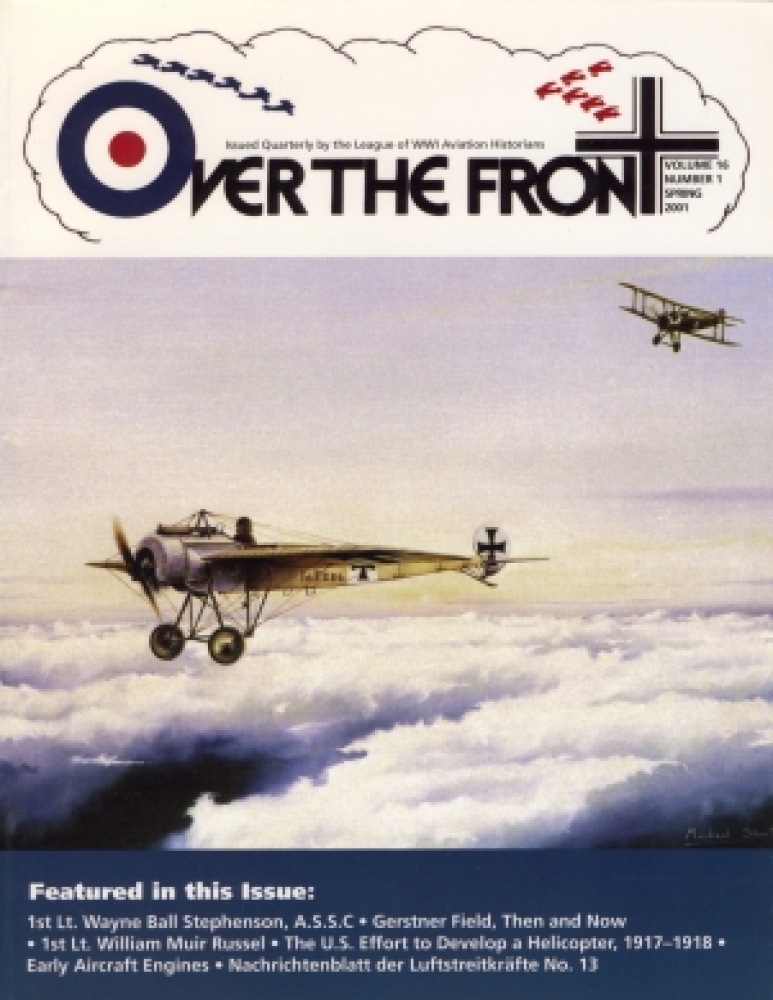 A Fokker E.III pilot is about to get a rude awakening by a Sopwith Pup in this painting by Mike Short of Pflugerville, TX. In the Fall of 1916 there still were a few units that had the odd Fokker E.III/E.IV on hand although they were being rapidly replaced by the new D-types. (Halberstadt D.II-III, Fokker D.I-IV, Roland D.I-II, IIa, and Albatros D.I-IIs.) Meeting up with a Sopwith Pup would not have been a pleasant prospect. Any encounter details if known would be welcome. Submitted by Bill Broussard.

Gerstner Field, Then and Now by Robert C. Benoit

Merely a Problem of Engineering--The U.S. Effort to Develop a Helicopter, 1917-1918 by Dan Barbiero