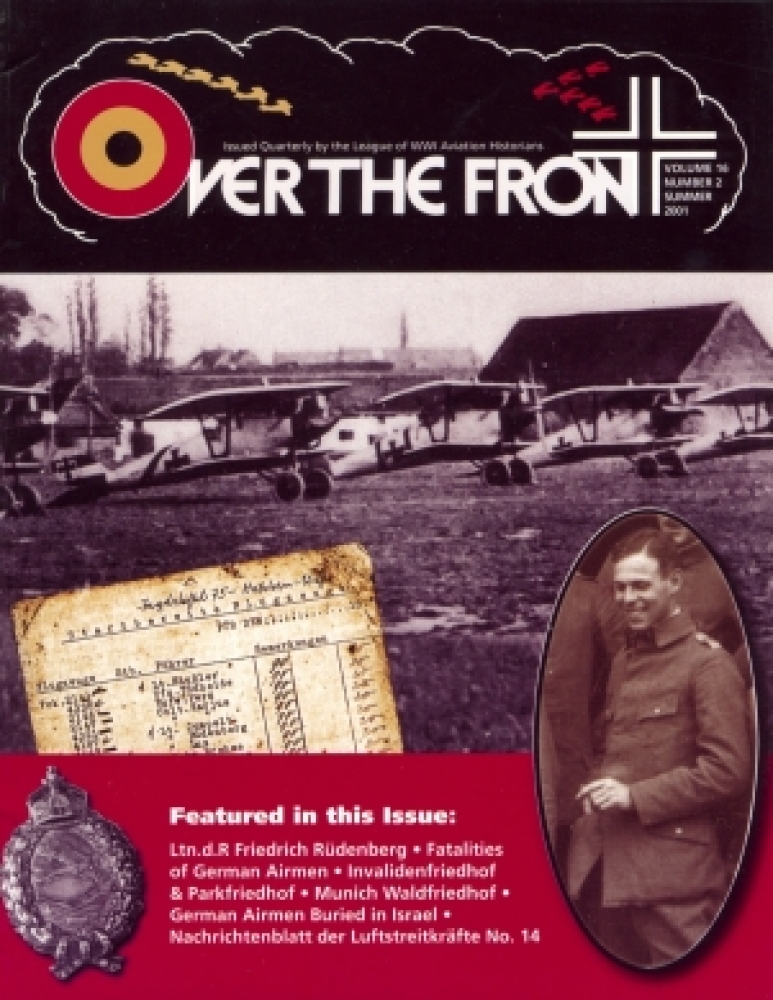 This lineup of Pfalz D.III aircraft of Jasta 10 is actually a close up of the more famous view seen in the lead article. In this view we see left to right: Ltn.d.R. Rüdenberg's aricraft with the diagonal fuselage stripe followed by Hecht's, unknown, and Bellen's. The oval inset shows a smiling Friedrich Rüdenberg. Also shown is a roster of available Jasta 75 aircraft and a pilot's badge. (Cover design by Aaron Weaver.)

Fatalities of German Airmen as a Measure of Relative Air Activity and Victory Claims by Peter A. Fedders