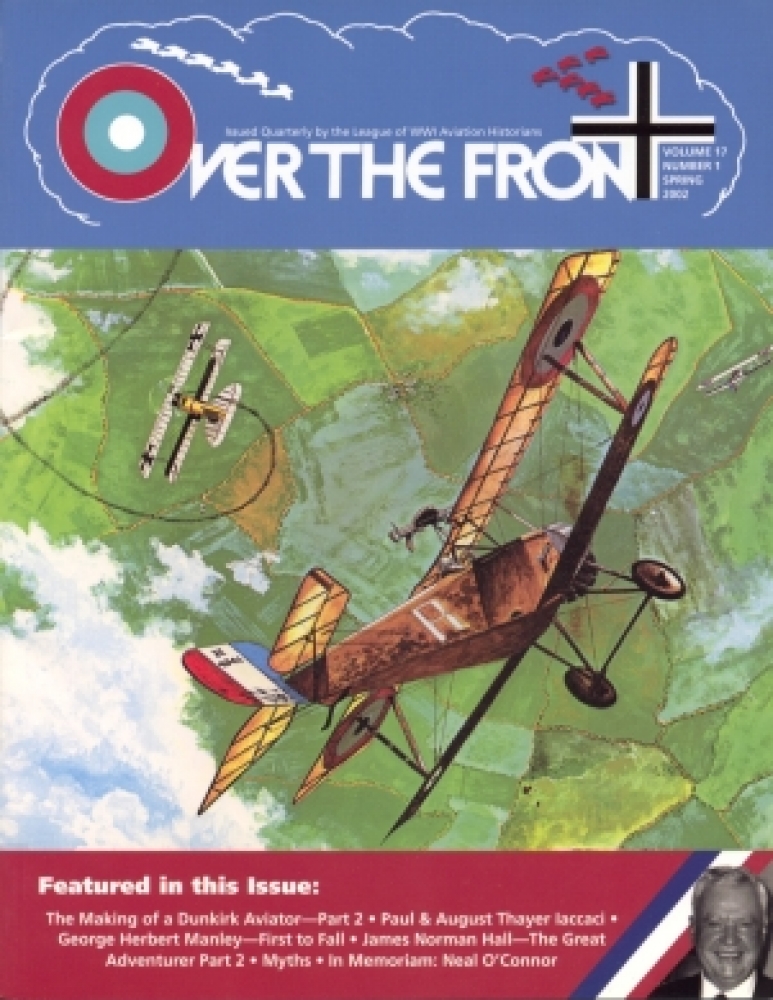 Kiffin Rockewell Saves An Ally by the late Robert Carlin (1971). While flying deep in Germany in late summer, 1916, Rockwell found a French Voisin being shot to rags by an Albatross D.II. The surprised German lost the battle and the grateful Frenchman, Lt. Martin du Clausonne, followed Rockwell to his Lafayette Escadrille base to personally thank him. Rockwell never received credit for the victory and was killed a short time later. Claussone died in Paris in May 1968.