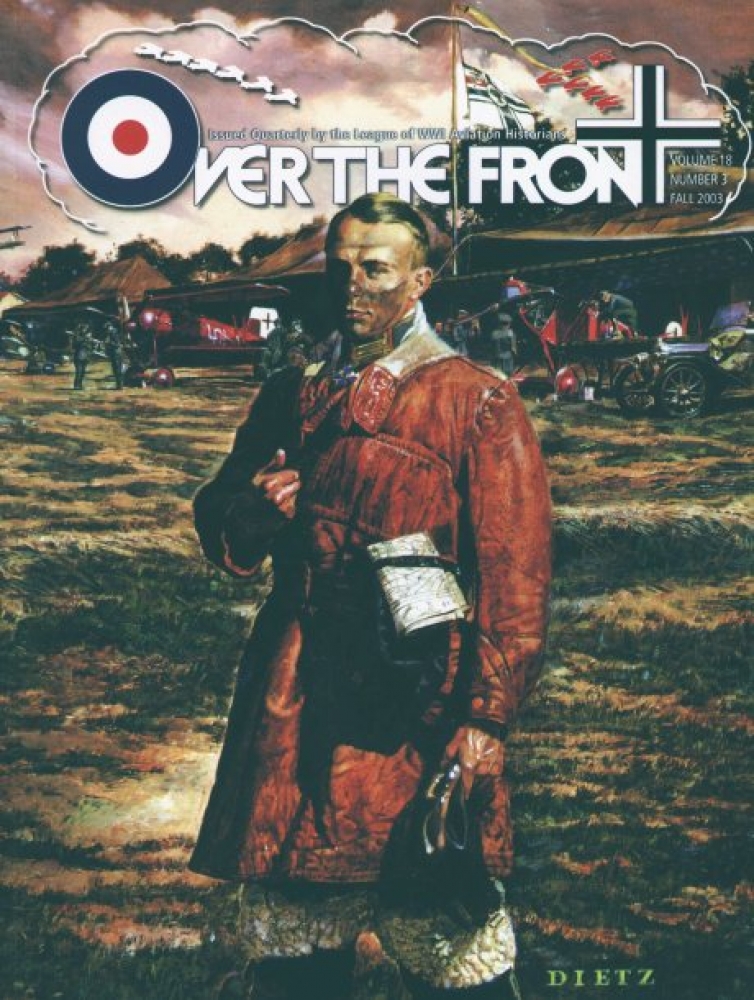 Udet's Toys is the name of this painting by renowned artist James Dietz. Ernst Udet, Germany's second leading ace, was credited with 62 victories and survived the war. He is depicted here at Metz-Frescaty airfield with two of this red painted aircraft in the background: A Siemens-Schuckert D.III and a Fokker D.VII. (Special thanks to the artist and the Terry Phillips Collection.)

British Strategic Bombing 1917-1918: The Independent Force and Its Predecessors by Andrew Whitmarsh
An overview of the often overlooked British practice of strategic bombing in The Great War.