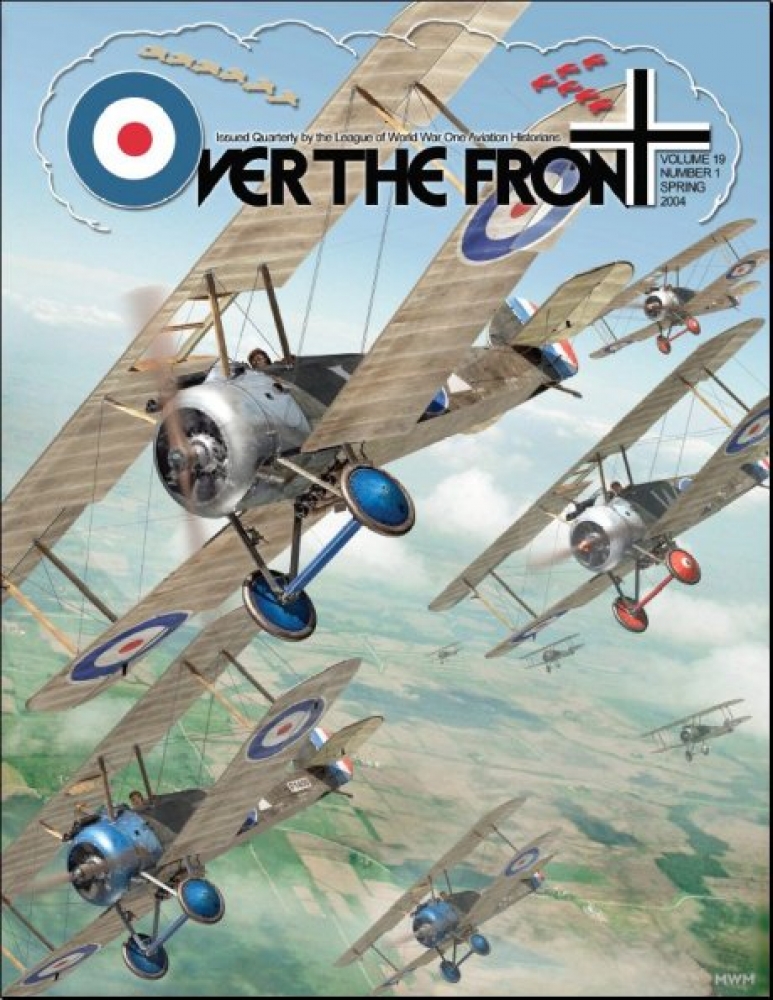 148th Aero Air Attack by Mark Miller, specially commissioned for this issue. The work depicts Sopwith Camels of 'A,' 'B,' and 'C' Flights on a full squadron bombing mission. The 148th fulfilled many ground attack and bombing missions, as well as their normal pursuit duties. The Camels are seen here with their bombing racks loaded with ordnance.

Memories of No. 3 Squadron Australian Flying Corps, an Inteview with Harold Edwards by Adrian Hellwig
Harold Edwards, Second Class Air Mechanic in No. 3 Squadron, relates his experiences during the Great War. This interview was conducted in 1990.

No. 3 Squadron Australian Flying Corps by Frank W. Bailey & Alan L. Roesler
A nice companion article to the Edwards interview. This article relates the history of No. 3. Squadron from its creation in Australia to its final days in 1918.

Rare Birds: The Roland D.III, A Photo Essay by Peter M. Grosz, with 1/48th scale drawings by Martin Digmayer
Color profiles on back cover by by Todd Comeau.