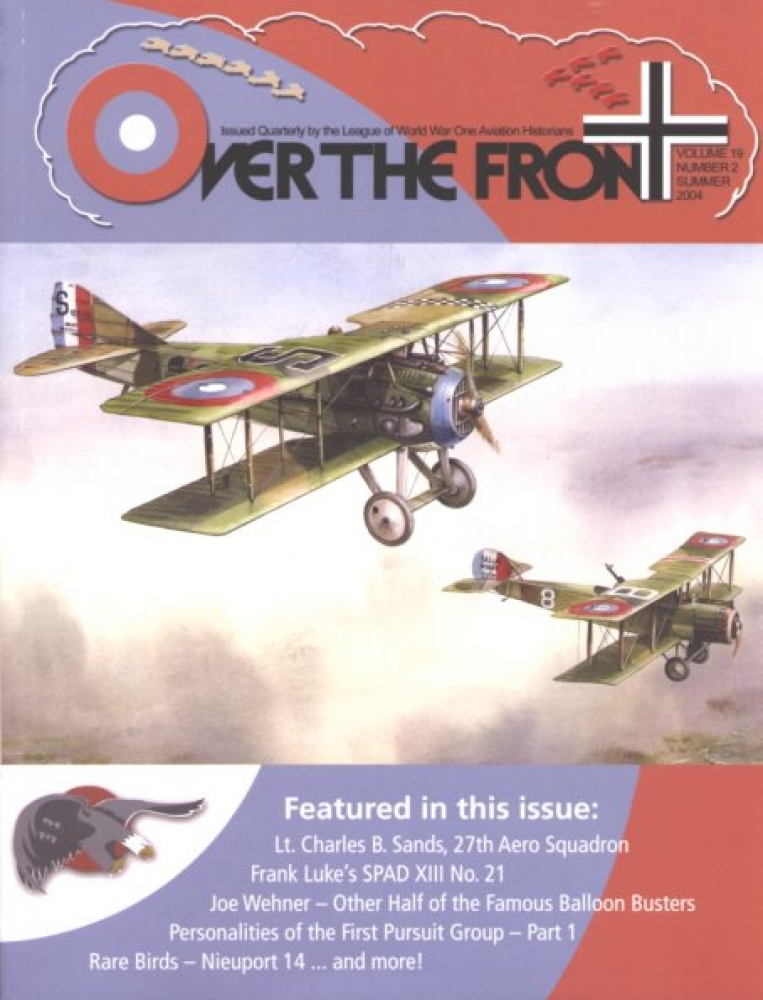 J.D. Carick depicts a 27th Aero Squadron SPAD XIII flying a protection patrol for a Salmson 2.A2. Special Thanks to Mr. Carrick for sending the painting from Sweden.

Inside Front Cover: Color profiles of Nieuport 28 N6275 by Jaunita Franzi and Fokker D.VII of Jasta 6 by Todd Comeau

Outside Rear Cover: Color profiles of Nieuport 14 by Bob Pearson

Ten Days: Lt. Charles B. Sands, 27th Aero Squadron by Stephen Lucas & Alan Toelle
"... Sandy had only been with us a short time but it was long enough for us to find out that he was true blue & the right kind of an aviator...."

Frank Luke's SPAD #21 by Alan Toelle
A short article on the plane Luke flew when bringing down the balloon at Marieulles on 12 September, 1918.

Joe Wehner: The Other Half of the Famous Balloon Busters by Walter E. Kloss, Ph.D.
Luke's balloon-busting wingman emerges from the shadow of his more famous partner.

Personalities of the First Pursuit Group, Part I by Charles Woolley
Charles Woolley's fascinating presentation at the 2003 'Over the Front' Seminar is presented here for all those who could not attend. And, because it's just good readin'.

Mentioned in Despatches
Once and Editor, Always an Editor | Double Trouble | A Rose by Any Other Name | Help Wanted