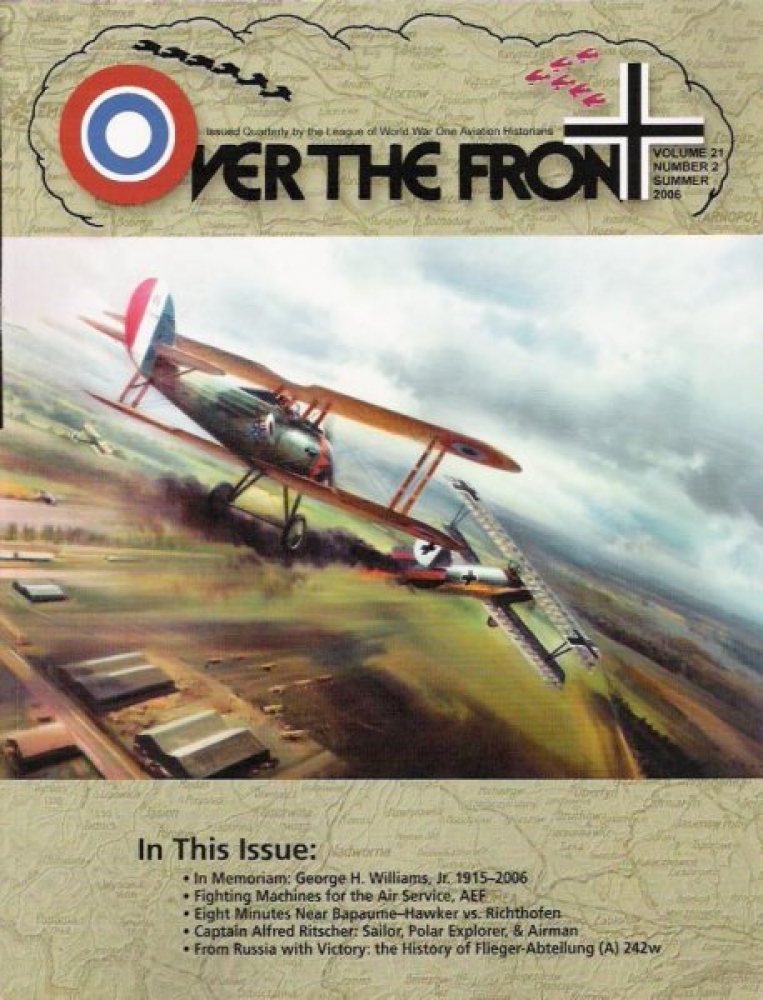 Inside Rear Cover: Restoration photos of Nieuport Type 28 from Seattle's Museum of Flight via Tom Gaylord.

Outside Rear Cover: Photos of the completed restoration.

Fighting Machines for the Air Service, AEF by Theodore M. Hamady
A chronicle of the events that led to the humiliating failure of America's aviation production efforts in World War I.

Captain Alfred Ritscher: Sailor, Polar Explorer & Airman by Lothair Vanoverbeke
"To his men, Ritscher was known as a tall, bull-necked man, who roared like a lion, but had his heart in the right place. After all, he was not just anyone."

From Russia with Victory: The History of FA (A) 242 by Peter Kilduff
The history of Royal Wü;rttemberg Flieger-Abteilung (A) 242