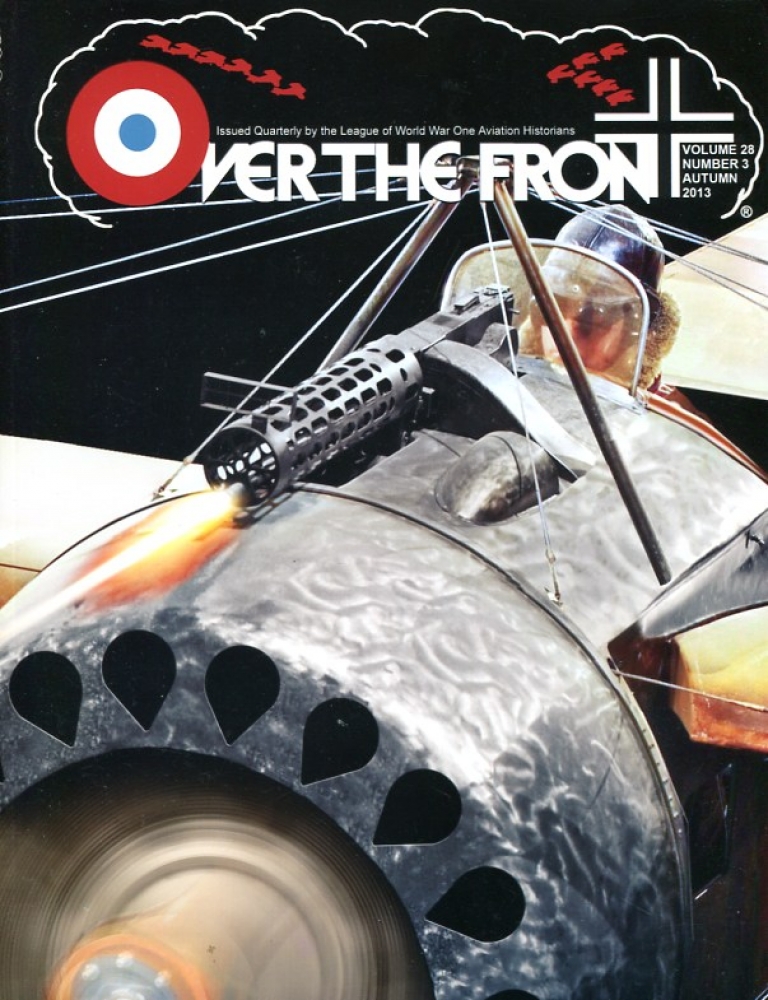 The Autumn 2013 issue, with Colin Owers as Issue Editor, offers two fascinating glimpses into early aircraft development and the pioneering efforts undertaken by the America’s Curtiss Aeroplane and Motor Company and Britain’s RNAS Seaplane Experimental Station, as well as look at the intriguing life of an accomplished but relatively unknown German ace.

“The Curtiss HA Dunkirk Fighter” (by Colin Owers) traces the interesting development of the American Curtiss HA flying boat that became known as the “Dunkirk”or “Liberty” Fighter. Intended as a fighter seaplane that could both counter and rival the German Brandenburg and Friedrichshafen seaplanes, it made its maiden flight only 100 days after the execution of the January 1918 contract that had ordered its creation. As one would expect, many challenges and changes followed – which are explained by the author and copiously supplemented by photographs and first-person accounts of the men involved in the type’s evolution.

“The Development of the Felixstowe Flying Boat” (by Colin Owers) delves into the creation of the British Felixstowe long-range flying boat. Named for the place where they were developed (the RNAS Seaplane Experimental Station at Felixstowe), the F.2A and F.3 models were highly effective in carrying the anti-submarine war into the North Sea. The author provides an in-depth narrative of their evolution and the multiple problems encountered therein, as well as many details on their construction methods and specifications. Due to the abundance of information, photographs, and drawings, the article is divided into two parts, the first appearing in this issue and the next to follow in the Winter 2013 issue.

“Leopold Anslinger: An Aviation Pioneer on the Eastern Front” (by Sebastian Rosenboom) is the biography of the lesser-known German ace, Leopold Anslinger, who with 10 accredited victories was the most successful Central Powers fighter pilot on the Eastern Front from 1914 to 1917. In fact, his exploits led to his being featured on one of the famous Sanke postcards that provided portraits of more famous German airmen such as Oswald Boelcke and Manfred von Richthofen. The article employs Anslinger’s memoirs, photographs (many unpublished until now), and his family’s personal accounts while focusing on his life and career during World War I. As an added bonus, it also gives us a brief account of the dilemmas and options that faced him afterwards.

With regard to the journal’s recurring features: our new Managing Editor introduces himself in “Between The Lines,” 15 recent works on WWI aviation are reviewed in “Between the Bookends,” and “Mentioned in Despatches” continues its forum for WWI aviation-related news and events as well as communications from readers.