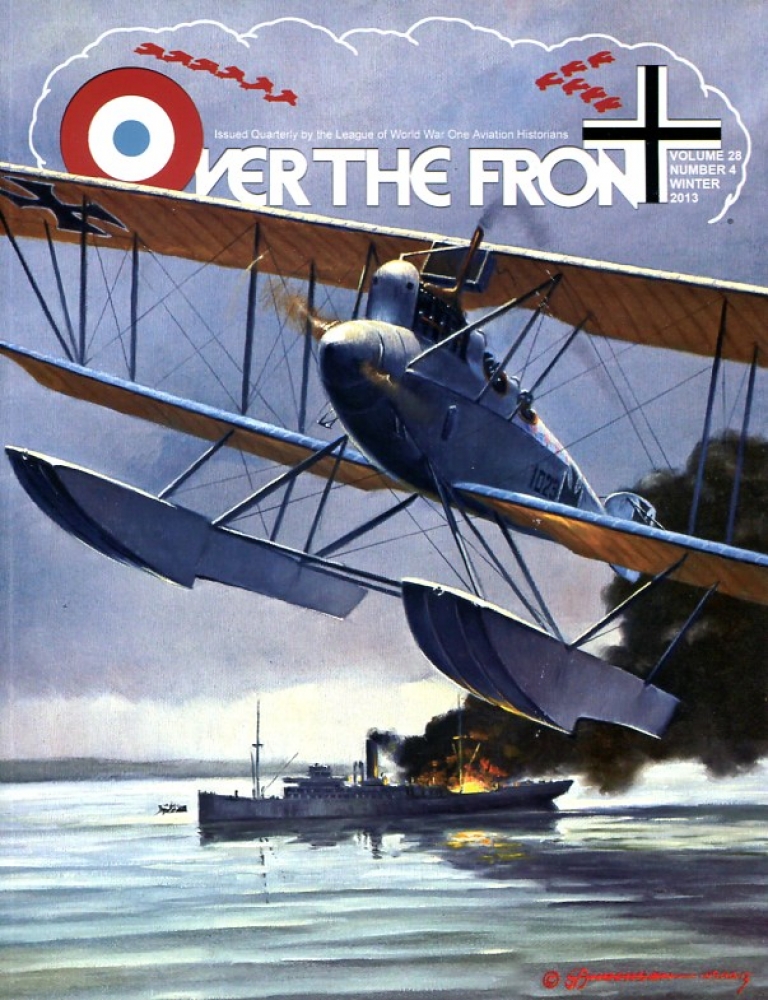 The Winter 2013 issue, with Jack Herris as Issue Editor, provides full coverage of the Sablatnig SF seaplanes with two articles on their design and operational history. A third article explains how Frank Luke, America’s second highest scoring ace of the war, has been remembered and honored by his city of birth, Phoenix, AZ. Lastly, Part 2 of the story of the Felixstowe Flying Boats (Part 1 of which was presented in the Fall 2013 issue) wraps up their fascinating development history. New, detailed information abounds in this issue that will make it a primary reference source for years to come.

“Rare Bird: Sablatnig SF Series” (by Jack Herris) tells the story of the line of seaplanes created and produced by the Sablatnig Flugzeugbau GmbH in Berlin. It traces the development and deployment of the SF1 through SF8 models, providing a wealth of information that includes their technical specifications and serial numbers. Multiple photographs of the various types – many of them rarely seen before – accompany the narrative and help complete its tale of a seaplane series that could not compete with its Friedrichshafen and Brandenburg counterparts.

“An Operational History of Sablatnig Seaplanes” (by Ron Kintner) complements the article above by giving a history of the deployment of Sablatnig seaplanes by type and, wherever possible, by serial number. The author compiled this information through painstaking research of original naval documents and much of what is presented will be new to our readers.

“Honoring the Memory and Legacy of the ‘Arizona Balloon Buster’” (by Wade Eakle) reveals the story behind the various ways in which the City of Phoenix has chosen to honor one of America’s best-known WWI aviators, Lt. Frank Luke. Most recently, an 80% original SPAD XIII was restored to match Luke’s mount and is now on display at Phoenix’s Sky Harbor International Airport.

“The Development of the Felixstowe Flying Boat – Part 2” (by Colin Owers) finishes the story that was begun in Fall 2013.  We are guided through the “Porte” and Linton Hope” methods of construction, how they differed and what resulted from those pioneering efforts. A wealth of photographs and drawings amply illuminate the comprehensive narrative.

With regard to the journal’s recurring features: our League president addresses us in “Between The Lines,” 10 recent works on WWI aviation are reviewed in “Between the Bookends,” and “Mentioned in Despatches,” our forum for WWI aviation-related news and events as well as communications from readers, describes the “discovery” of a rare artefact belonging to one of the American Air Service’s most significant pilots, Raoul Lufbery.