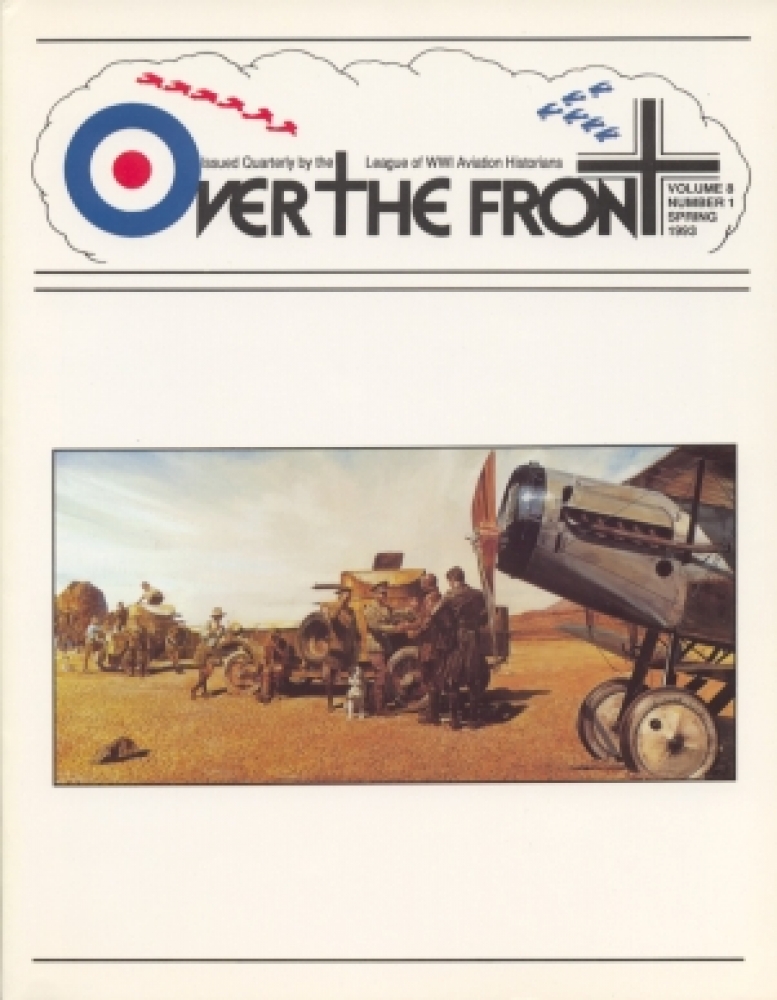 This painting was inspired by the re-release of David Lean's classic film, 'Lawrence of Arabia.' This arrival of armored vehicles and a Bristol F.2b heralded a new era of mechanized warfare in the Mideast. Sadly, although the technology has evolved with the times, the sight of military hardware on the sands of the desert has become commonplace as the modern equivalents of these weapons still haunt the region where Lawrence and Allenby once fought. (Painting by James Dietz.)

The Application of Airpower in Allenby's Megiddo Campaign by David L. Bullock

"There I Was, Dead on His Tail When..." by Harry Woodman

Behind the Lines:
Computer Games | WWI Associations and Periodicals

Between the Bookends:
An American Pilot in the Skies of France: The Diaries & Letters of Percival T. Gates, 1917-1918 | Legend, Memory and the Great War in the Air | The World War I Aviation Artists | American Armies and Battlefields in Europe