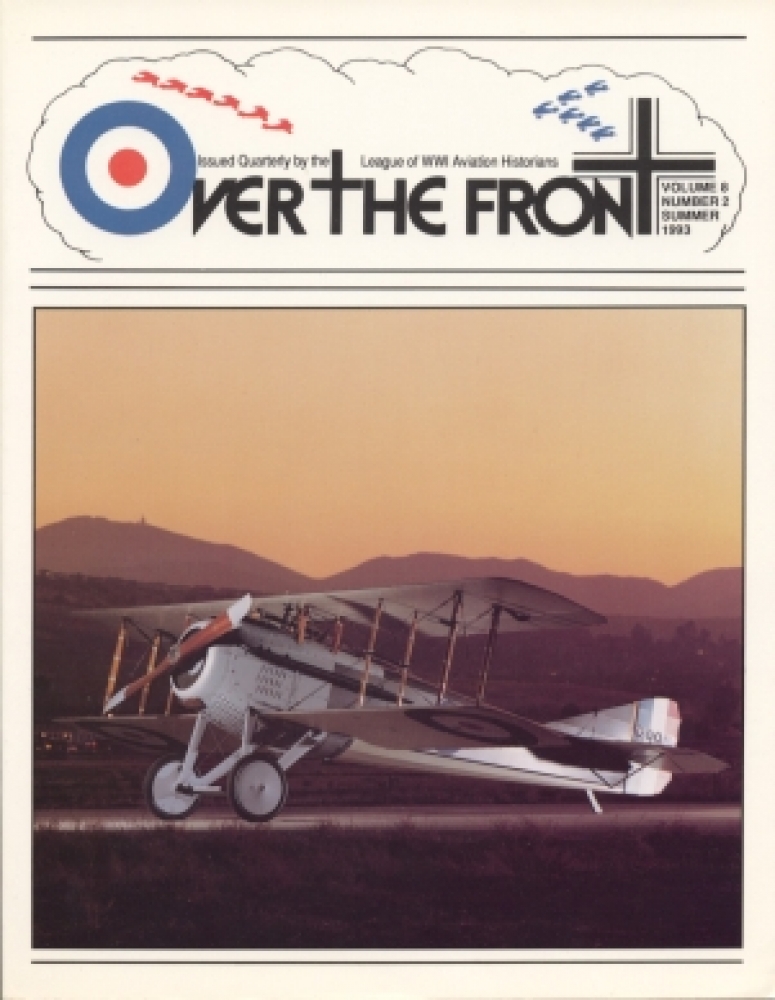 The Real SPAD by B.S. Kelsey

The Death of the Red Baron--When Is It Too Much? by Howard G. Fisher

The Fokker Dr.I, A Question of Details by Dan-San Abbott

Eyes on the Storm, Part III by Stewart Taylor