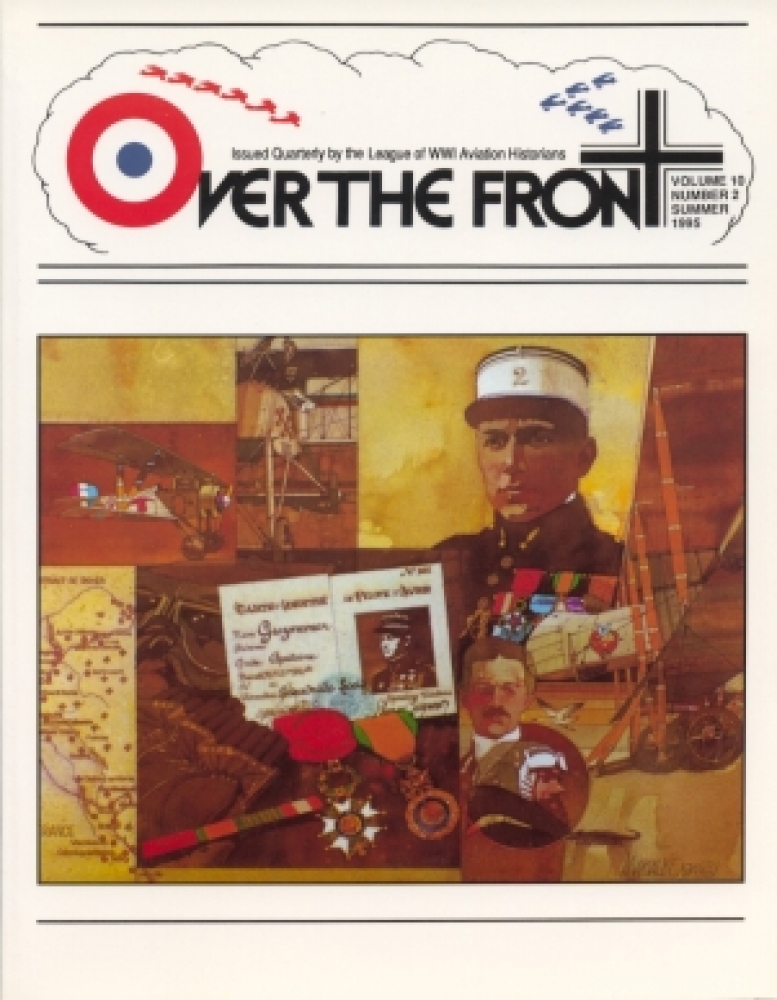 Chronicle of the Operations of the 1st Corps Air Detachment of the Imperial Russian Air Service, 1914-1917 by Viktor P. Kulikov and August G. Blume

Where Did von Richthofen Crash? by Philip Markham

Between the Lines
And the winner is... | We goofed | The 1996 League Seminar | New Printer | Board of Directors Election | Internet

A League of Modelers: SPAD 13

Between the Bookends
Royal Flying Corps Technical Notes on the Aeroplanes and Engines of 1916 | High n the Empty Blue: The History of 56 Squadron RFC/RAF 1916-1919 | Aviation Awards of Imperial Germany and the Men Who Earned Them Volume IV | Von Richthofen's Flying Circus