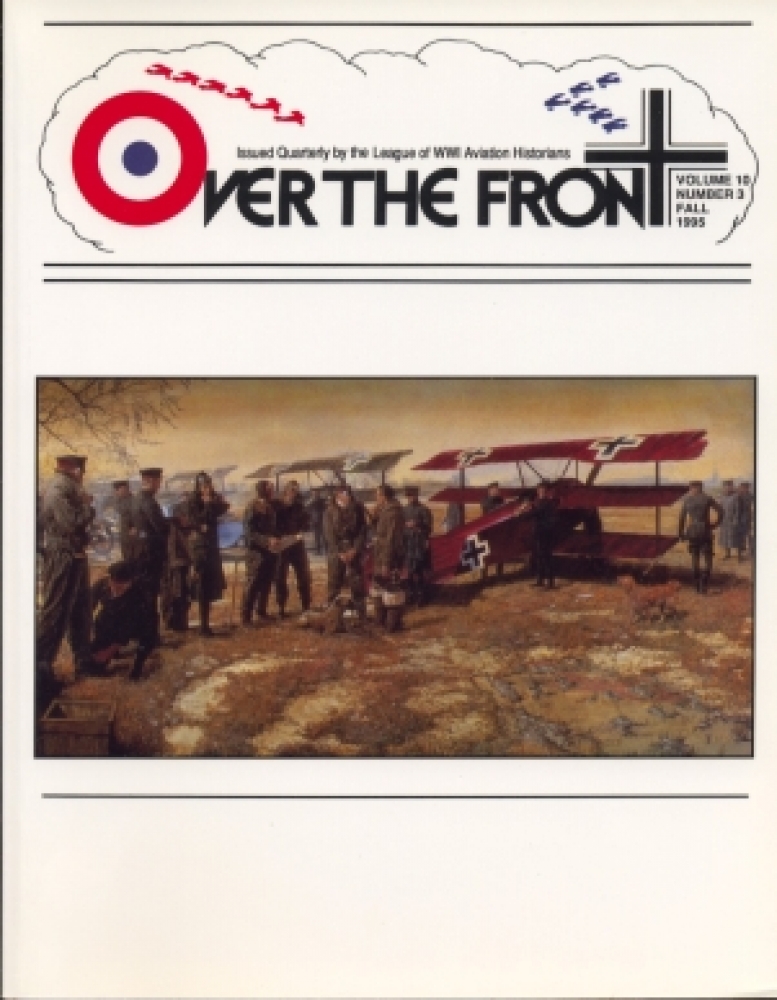 Manfred von Richthofen about to leave on his last patrol, as depicted by Jim Dietz.

The Combat Records of Herman Göring by Frank Olynyk

The Aircraft of Herman Göring by Greg VanWyngarden

The Conflict Between Truth and Legend by Stewart K. Taylor

The Early Morning Hours of 2 Jun 1917 by Philip Markham

Bishop's Aircraft--Colors and Markings, No. 60 Squadron, RFC by Philip Markham and Greg VanWyngarden

Between the Lines
The 1996 Seminar | New Board Member | We're Late

Between the Bookends
Albert Ball, VC | Wings Over the Somme