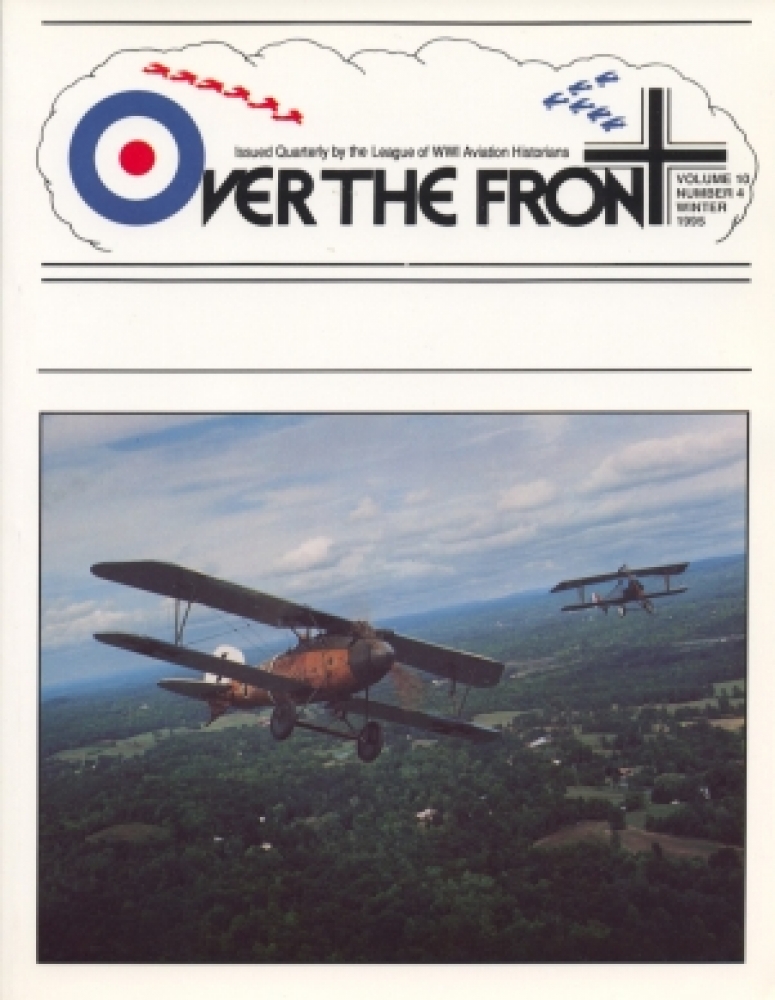 Time travel: such a sight as this today creates indescribable feelings in the aviation historian. An Albatros D.Va in the markings of Eduard Ritter von Schleich and Nieuport 11 Beb? (both accurate replicas) climb for altitude in the sky over Old Rhinebeck Aerodrome in upstate New York. And so it should be! Discover the forgotten intangibles of WWI aviation and become a member by subscribing to Over the Front!

"Introduction to a Flying Book," From vomäger zum Flieger by Karl-Emil Schäfer, and Suzanne Hayes Fischer

A Chat with Lothar by Karl B. Ogilgie

The Navy at MIT by Noel Shirley

Discovering the Forgotten Intangibles of WWI Aviation by Ted Sacher

A League of Modelers: Competition Rules