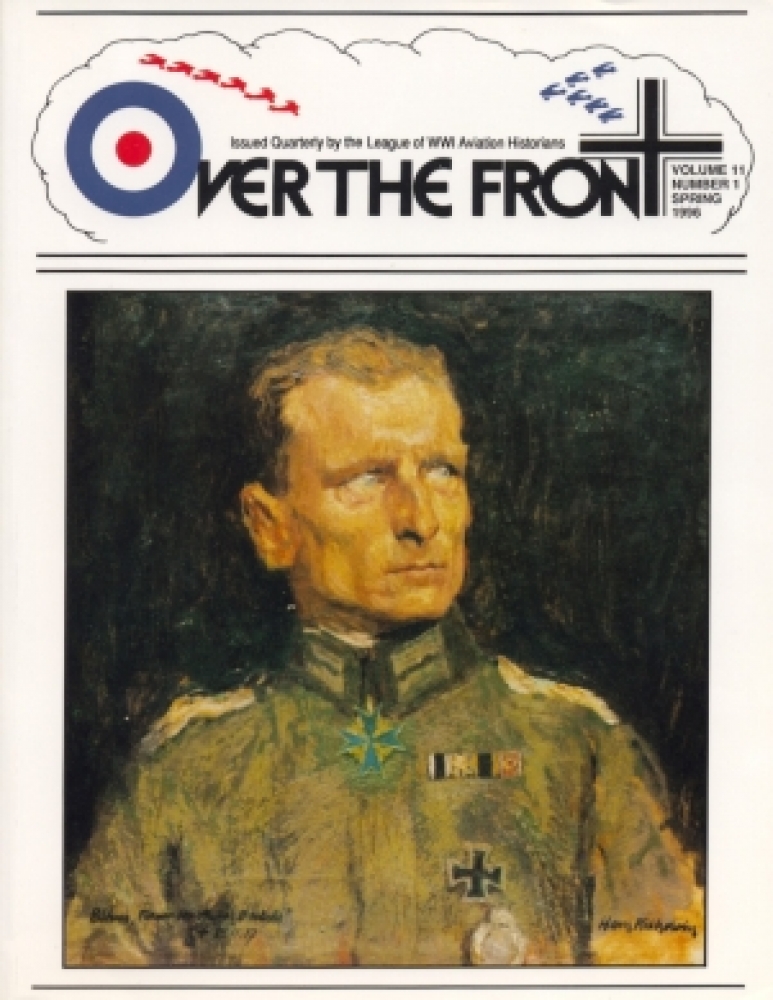 Portrait of Leutnant Erwin Böhme by Professor Hans Kohlschein, the brother-in-law of Böhme's brother, Gerhard. The portrait was rendered in Dusseldorf in March 1917, while Böhme was recuperating from a wound suffered the previous month. In its original form the portrait obviously did not include the Pour le Merite which was later awarded to Böhme. A copy of the original version faces page 14 of 'Briefe Eines Deutschen Kampffliegers An Ein Junges Madchen.' After Böhme's death, the Pour le Merite was added to the portrait, as shown above, presumably by Professor Kohlshein.

The series of articles based on the personal letters of Erwin Böhme to his fiancee which have appeared in various issues of Over the Front were assembled and added to with additional information both textually and photographically by Dr.-Ingenieur Niedermeyer and translated by Douglas Fant. They are an exceptional portrayal of the life of a unique individual, an adventurer in every sense of the word. A mountain climber, skier, traveler, aviator, sportsman...hero.

The "Unknown Writer" Behind the "Unknown Aviator:" The Story of War Birds by Lt. Col. Steven A. Ruffin, USAF

Becoming Operational Out of the First Oxford Detachment by Marvin L. Skelton

Between the Bookends
Airmen Died in the Great War, 1914-1918 | Handbook of German Military and Naval Aviation (War) 1914-1918 | The Royal Flying Corps in France | Richthofen | The Imperial Russian Air Service