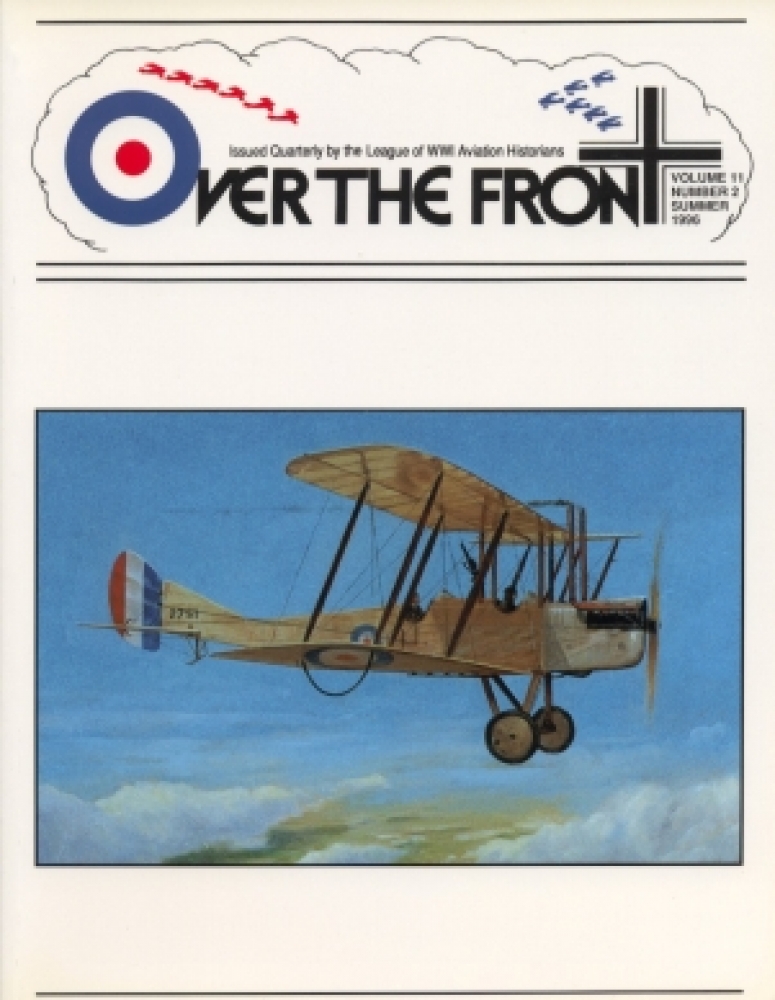 The B.E.2 in its various marks formed the backbone of the early RFC squadrons in France, soldiering on long after it should have been retired. Less well known is its role as the training aircraft of many an Australian airman. Aviation artist Gunnar Anderson captures the beauty of what might have been a typical B.E.2 as it flew on a reconnaissance mission over the Western Front or maybe over the Australian Central Flying School at Point Cook.

Over the Wine-Dark Sea: Aerial Aspects of the Dardanelles/Gallipoli Campaign Part 4: The German Wasserfliegerabteilung by Richard T. Whistler

A League of Modelers: The Hanriot HD.

Between the Bookends
Under the Guns of the Red Baron | America Takes to the Air, Vol I-III | Fairey Aircraft | The World War One Source Book