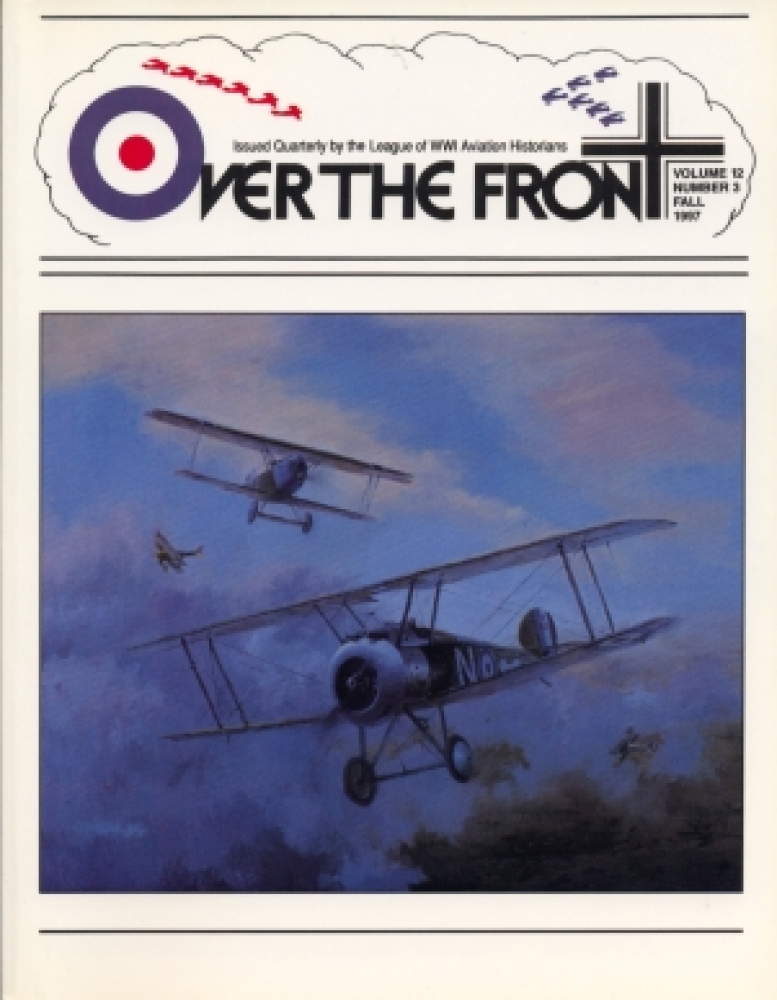 Artist and League member Mike O'Neal depicts American Ace George Vaughn in action in Sopwith Camel F6024 ('N') on September 22, 1918 against a blue nosed Fokker D.VII of Jasta 36 and a D.VII in the yellow markings of Jasta 27. Both units were a part of Jagdgeschwader III, which decimated the 17th Aero Squadron in an earlier encounter on August 26.

The Girl He Left Behind by Jan Hayzlett and Suzanne Fischer

Introduction to Aerial Combat: A French View by Albert Deullin

Between the Lines
Seminar in the Desert | Membership Renewal | Winners, Winners!

Between the Bookends
von Richthofen: The Legend Evaluated | McNamara, VC -- A Hero's Dilemma | A Weekend With the Great War: Proceedings of the Fourth Annual Great War Interconference Seminar