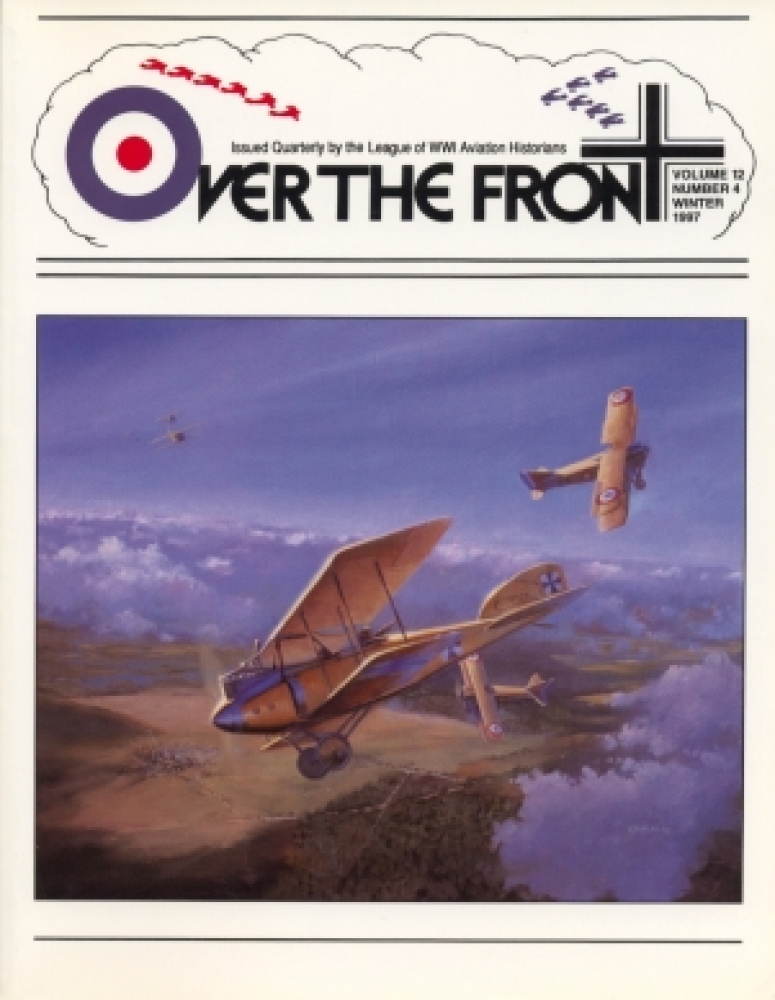 Artist Mike O'Neal's depiction of an action which took place on April 23, 1917, when Vzfw. Heinrich Mertens, and his observer Ltn.d.R. Friedrich Feldmann were attacked in their Albatros C.II by eight French SPAD single-seaters of Spa. 102 over Prosnes. They came down in German lines. The pilot, Vzfw. Mertens was uninjured, but Feldmann was severely wounded and died three days later.

(The type Albatros C.II was an Albatros C.VII licensed built by the BFW concern)

Dad's Photo Album: Views of the RFC/RNAS/RAF by John Garwood

Dutch Treat--Aircraft Interned in the Netherlands by Anonymous

The Red Baron as Archetypal Hero by Laurie Stidolph

Colors: The Hannover CL.II, III and IIIa by Greg VanWyngarden

Between the Bookends
The Sky Their Battlefield: Air Fighting and the Complete List of Allied Air Casualties From Enemy Action in the First War... | The Flying Camels: The History of No. 45 Sqn, RAF | The Camel File | Bristol Fighter, Vol. 1 | Sikorsky S-16