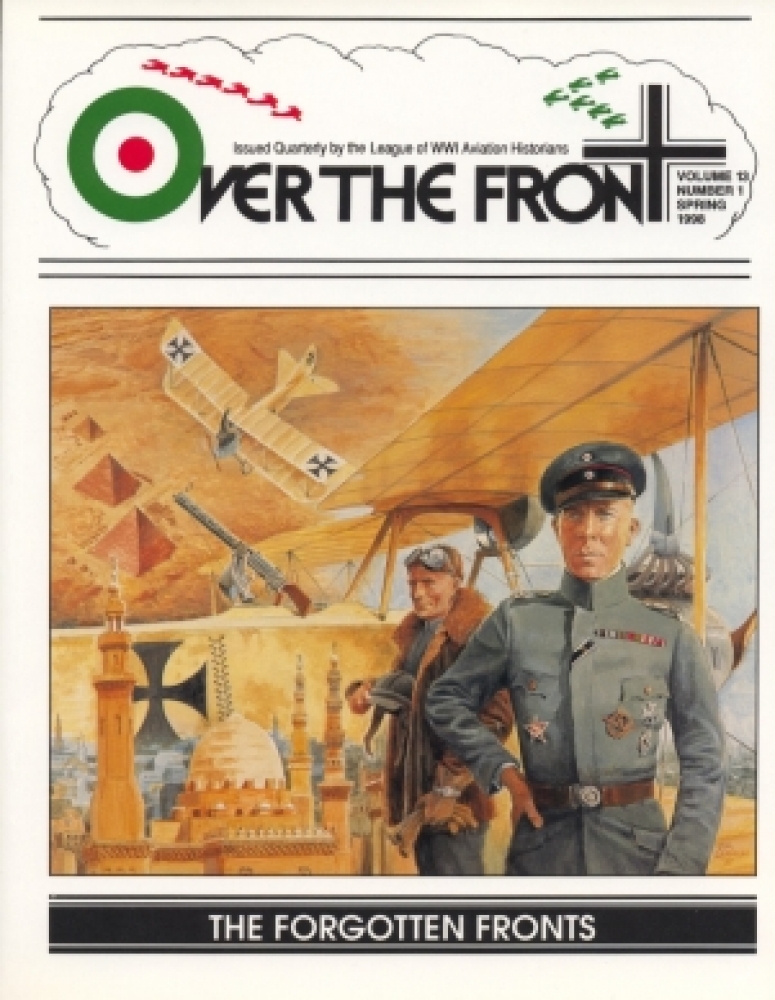 Artist Tom Leamon, past President of the League's Atlantic Coast Chapter and an editor of this issue, gives his impression of the brave german fliers who flew over the desert in WWI. This painting depicts scenes of the daring 5.5 hour flight from Beersheba in Palestine, to British held Cairo and back by the Rumpler C.I crew of Ltn. Schultheiss and Obltn. Falke on November 15, 1916. The crew photographed and dropped bombs on the surprised camps below.

Wings Over the Sinai and Palestine by Dr. Dieter Gröschel and Jürgen Ladek

The Last of the Foggiani by Theodore M. Hamady and Charles L. Walthall

Out of Luck: A Black Day of Russian Naval Aviation, 5 May 1917 by Andrei Alexandrov and August G. Blume

Between the Bookends
The Red Baron Combat Wing, Jagdgeschwader Richthofen in Battle