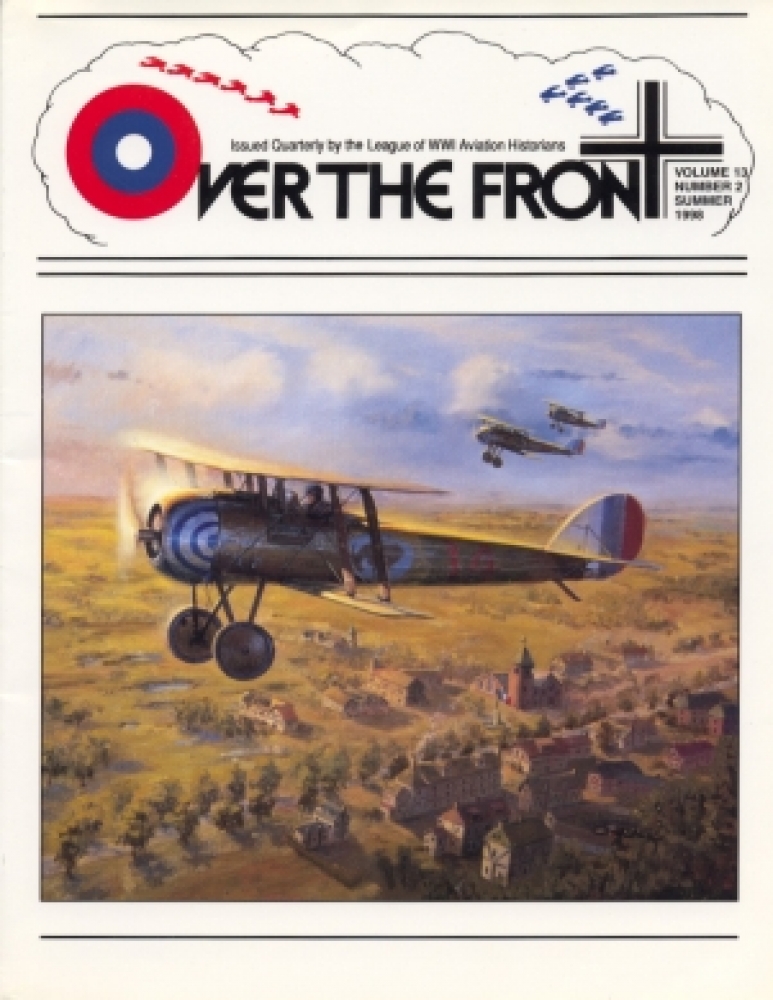 Quentin Roosevelt in Nieuport 28 "Red 14" of the 95th Aero Squadron leads his flight from the airfield at Saints in a painting of the same name, Saints, by artist Mike O'Neal.

WWI Flying on the Texas Gulf Coast by Robert B. Gill

Between the Bookends
Fokker D.VII, Anthology 1 | Brandenburg.I | Victoria Cross, WWI Airmen and Their Aircraft | Aviation Awards of Imperial Germany in World War I and the Men Who Earned Them, Volume V