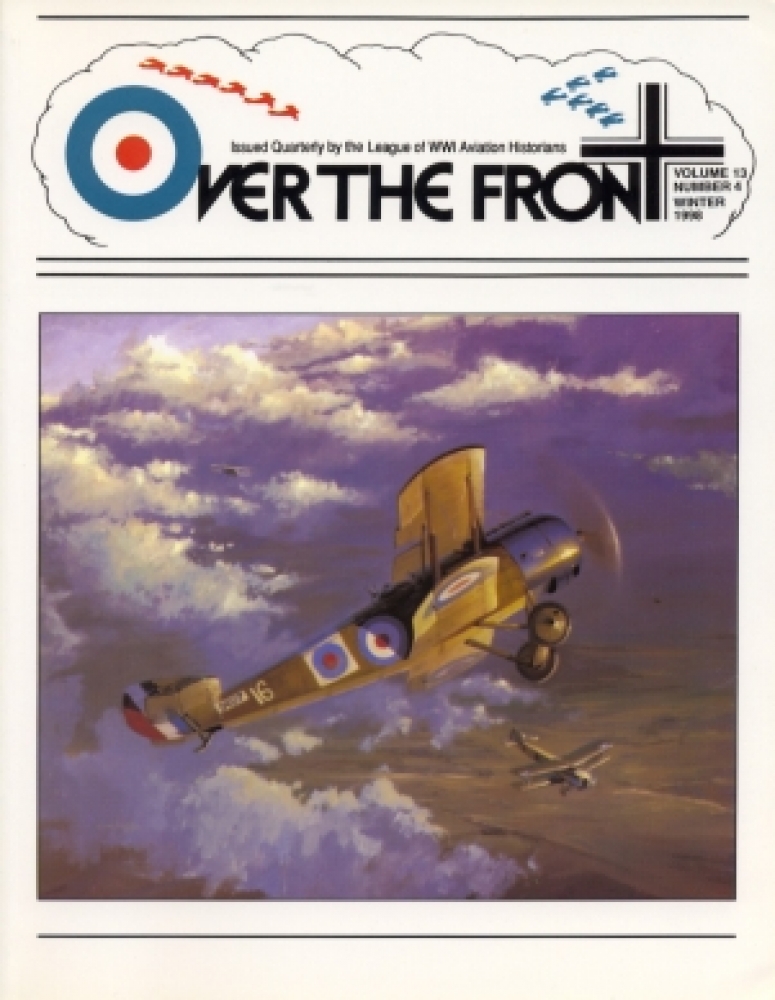 "The Shepherd" by Mike O'Neal. This painting brings to life the work done by No. 3 Wing, the RNAS first attempt at a strategic bombing force. During the Wing's most famous action, the 12 October 1916 raid on the Mauser Works at Oberndorf, future Canadian ace, Raymond Collishaw, in a two-seat Sopwith 1 1/2 Strutter "fighter" tries in vain to protect F/S/L Butterworth's single-seat bomber version of the Strutter from an attack by a Fokker D.II flown by Ludwig Hanstein. The operations of No.3 Wing are examined in considerable detail by Bob Pearson in this issue.

"... More Than would be Reasonably Anticipated" The Story of No. 3 Wing, RNAS by Bob Pearson

The Search for Frank Luke by John Kosek

"His Hands on the Stick, His Wings on His Chest", Lt. Eugen Hoy Barksdale In the First World War by Douglas R. Cubbison

Between the Bookends
The Cellars of Marcelcave, A Yank Doctor in the BEF | Barker VC: The Life, Death and Legend of Canada's Most Decorated War Hero | Die Königlich-Bayerische Fliegertruppe 1914-1918 | Doughboy's Diary