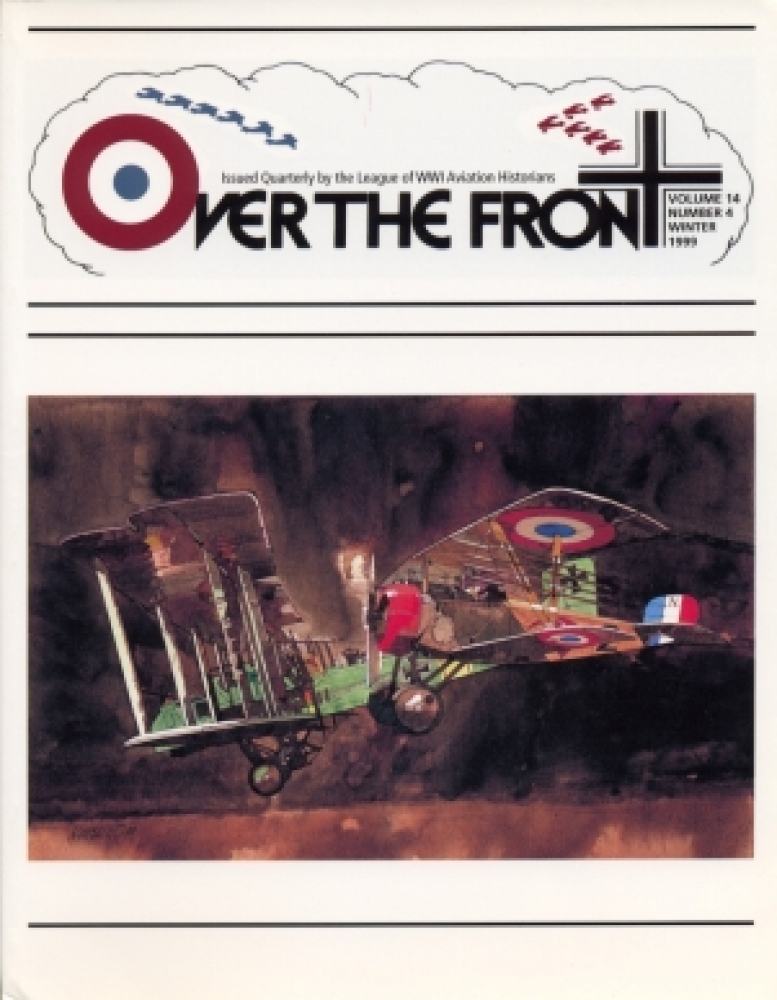 The German Gotha G.III bomber was used on the Western Front with good results. This particular Gotha, No. 547, fell into Allied hands in the St. Michel sector. The Frenchman who forced the plane down was none other than Georges Guynemer. He is shown here, in this painting by Bill Marsalko, motioning to the crew of the Gotha which is experiencing mechanical difficulties. The Gotha landed on French soil and was later examined by the French military. Note that Guynemer's Nieuport is armed with Le Prieur rockets on its interplane struts.

Ernest Benway a.k.a. Leo Benoit of the Lafayette Flying Corps by Dennis Gordon

"Nobody Thought to Give Him a Medal" by Stephen M. Ritz and Dr. Patrick McClellan

Between the Lines
Pensacola! | Membership List | The Verville Fellowship | Credit Cards | Always a Gentleman, and Now an Officer!

Between the Bookends
Aviation Awards of Imperial Germany in World War I and the Men Who Earned them, Volume VI - The Aviation Awards of the Grand Duchies of Baden and Oldenburg | Frank Luke: The September Rampage | Windsock International Vol. 15, No. 5 | The Camel Drivers | WWI British AeroPlane Propellers | The Digital Bookshelf | The Royal Naval Air Service (Images of Aviation Series)