The Halberstadt CL.II was the first purpose designed aircraft for the ground attack role. This one represents the black-tailed aircraft ofSchlachtstaffel 2 commander Oblt. Oscar Bechtle.

This aircraft is the improved version of the Halberstadt CL.II, the CL.IV which was very successful in harassing Allied troops from the Spring of 1918 until the end of the war. This represents a license built aircraft by Roland. 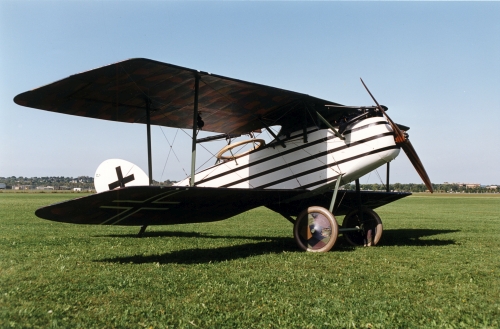 This excellent restoration of an Halberstadt CL.IV was carried out by expert craftsmen at the Museum fr Verkehr und Teknik in Berlin. It is currently on display at the Air Force Museum in Dayton, Ohio. 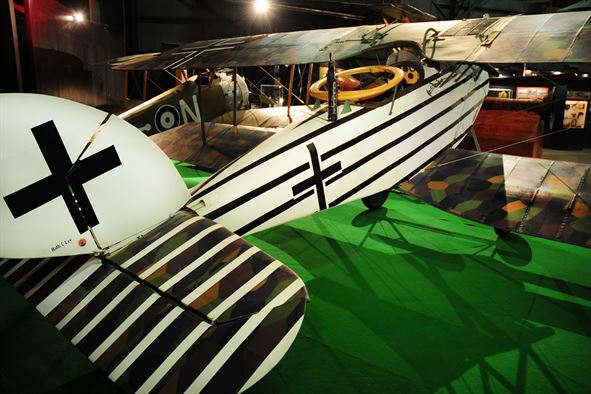 The Hanriot HD.1, although built in France, found more acceptance on the Italian Front or with Belgian units on the Western front than with its own countrymen. It was license built by the Macchi company. Below are three profiles of this agile bird by League member Alan Durkota:

This was one of the aircraft flown by Sous Lieutenant Willi Coppens of the 9e Escadrille circa May 1918. The aircraft is finished in a French five-color camouflage pattern. The upper surface of the tailplane was in dark blue and white stripes. All undersurfaces were aluminum doped. The thistle emblem of the 9e Escadrille was in white.

This Hanriot HD. 1, serial 7501, built by Nieuport Macchi at Varese, was flown in Albania by Franco Sarrocchi while attached to Squadriglia 85a in Valona, Albania, 1918 . The airframe finish was overall aluminum with the fuselage sides overpainted white. Personal markings include a fire breathing dragon of red and green colors on each side of the fuselage. The top decking has three stars: green (leading), white and red. In addition, the forward section of the head rest is finished in a decoration to represent the Bersaglieri unit of which Sarrocchi was a member prior to joining the Italian Air Service. The top surfaces of the upper wing bore cockades with green as the outer color. The under surfaces of the wings were green on the starboard side and red on the port side duplicating the Tricolore of the Italian flag.

Finally, we have Nieuport Macchi Hanriot HD.1, serial 6254, flown by Giorgio Michetti while attached to Squadriglia 76a. A red 76 appears at the center of the top wing and on the fuselage sides. Michetti's personal marking was a white seahorse imposed inside a black circle. This design was also repeated on the top of each side of the tailplane unit. Under wing surfaces were as the above example in the Italian Tricolore.