Over the Front is pleased to present a list of airplanes for you. If you would like to add information for a new plane or add information for any of the existing planes on this list, then please e-mail us a brief write up and we will try to add it to our website for you.

The Bréguet 14 was the workhorse of the French daytime bomber force in 1918. It was a versatile aircraft and sturdy to the demands placed upon it. Built in two variants, the bomber verson 14B2 and the reconnaissance verson 14A2, they revitalized the French daylight bomber force.

Steve Suddaby has kindly provided these photographs of the Bréguet 14A2 on display at the Musée Air + Espace in Paris: 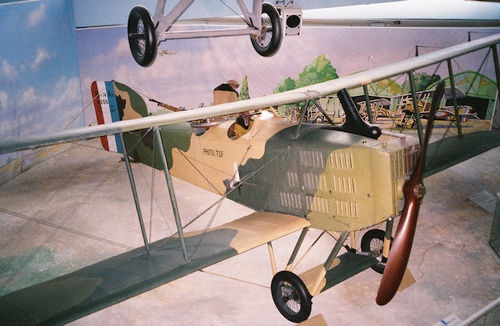