Over the Front is pleased to present a list of airplanes for you. If you would like to add information for a new plane or add information for any of the existing planes on this list, then please e-mail us a brief write up and we will try to add it to our website for you.

This restored Spad XIII could be seen at Cole Palen's Old Rhinebeck Aerodrome for many years. It was restored in the late 1980's and now can be seen at the Air Force Museum in Dayton, Ohio. It carries postwar markings of the 95th Aero Squadron similar to what it wore post war. The name Lt. Strickland is painted alongside the cockpit. 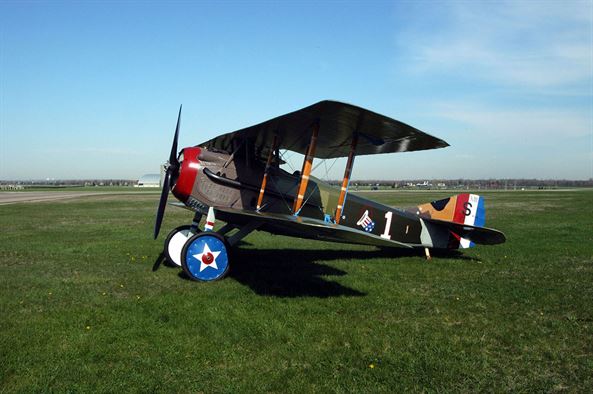 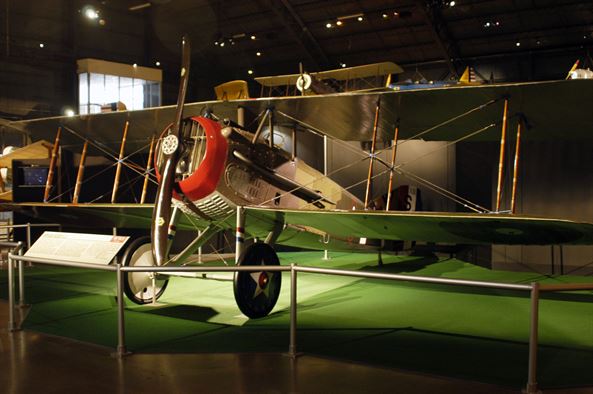 The Spad XIII below represents that flown by First Lieutenant Alvin Treadwell of the 213th Aero Squadron. Treadwell had flown briefly with the French in Spa 154 before transferring to the USAS. He got a shared victory while there. He scored three more victories, a Fokker D.VII, Hannover CL type, and an observation balloon before he himself was shot down. Rendered by Alan Durkota.